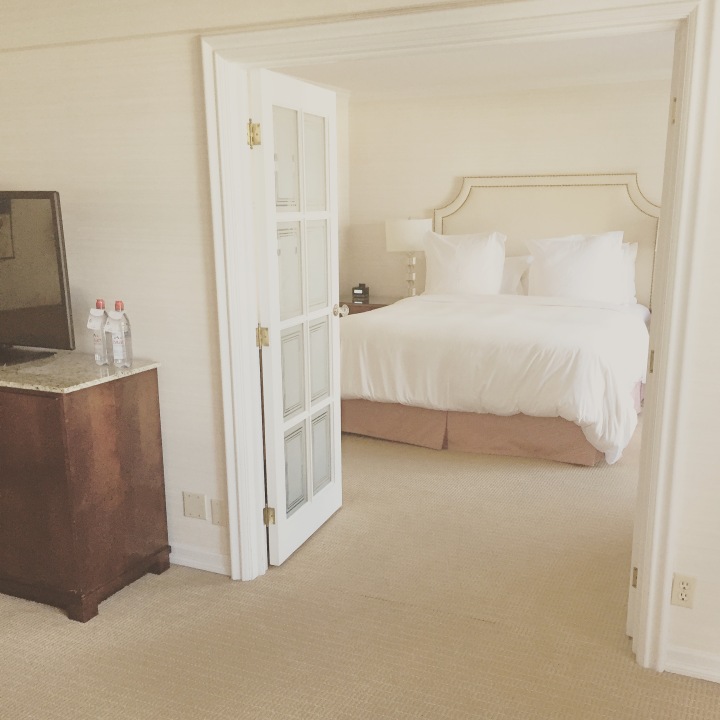 Every few months I love to take some time away for a local Staycation – and this post is all about my recent stay at the Vancouver Four Seasons. Lionel Richie was in town, so Hello! The perfect excuse for a Staycation downtown.

When I arrived to check in, the concierge new I was a FS regular and upgraded my room to an executive suite, complimentary. Hello! I also received a personalized card from their GM Martin Sinclair, who extended welcoming tuxedo strawberries and sparkling wine.

My suite was amazing and the photo doesn’t do justice to the view. It overlooked the garden, outdoor pool and had glimpses of BC’s beautiful mountains and ocean amongst the busy Vancouver skyline. There was even a wedding happening in the courtyard below. It was the beautiful backdrop to watch as I got ready for the evening. 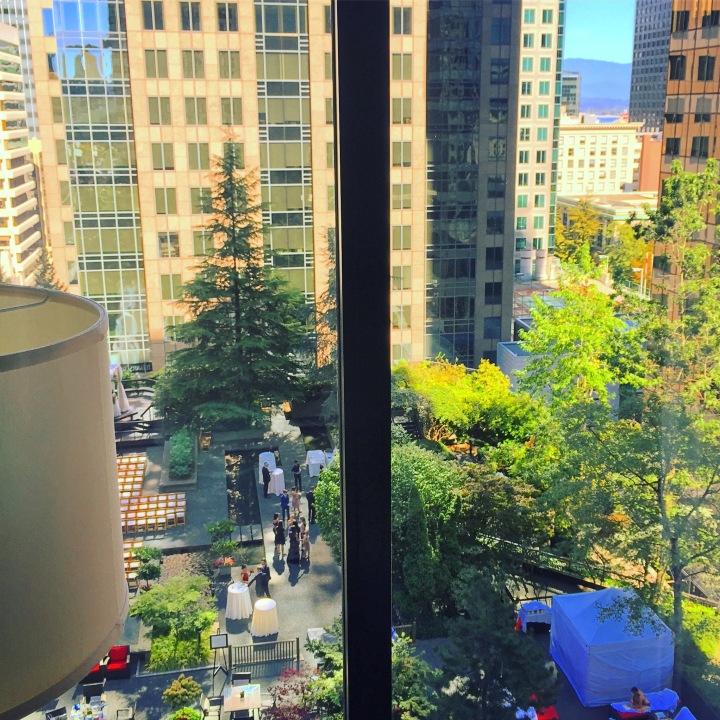 The evening was all about attending the Lionel Richie & Mariah Carey show while they were in town. One thing you should know about me is I LOVE ME SOME LIONEL! I saw him in 2014 when I was pregnant with Sophia, and I like to think that Lionel was Sophia’s first concert. Back to the FS. I headed down to YEW, one of my favorite restaurants in Vancouver (which also happens to be FS Vancouver house restaurant) and ordered some whisky cocktails, and two bar appetizers. I must say that their Korean BBQ wings were amazing! The bartender told me how Slash was sitting right where I was at the bar the previous night. 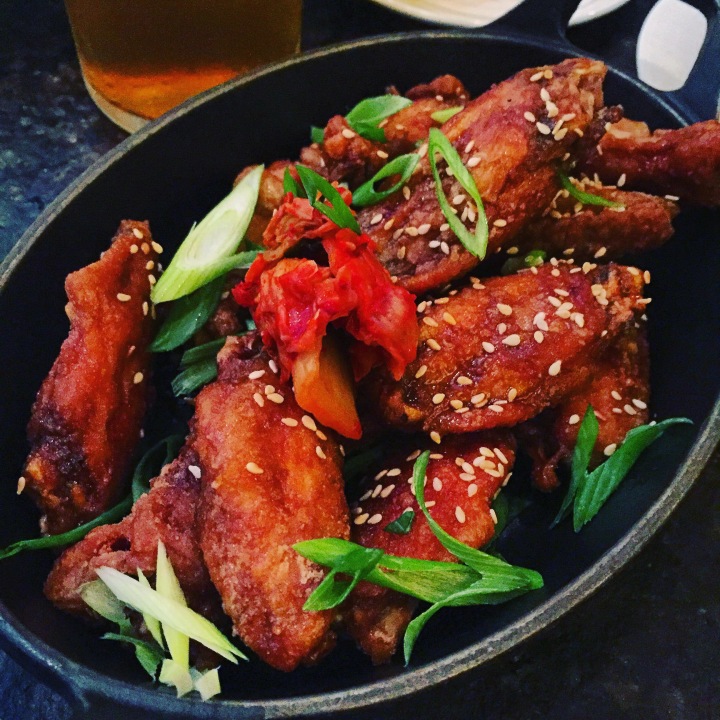 After dinner I was off to the show and had amazing seats! 6 rows on the center floor from the front of the stage. My show highlight would be when Lionel Richie sang We Are The World. It almost brought tears to my eyes. That’s one of my all time favorite songs and I was so honored to hear it live.

After a remarkable show I headed back to my hotel for an amazing sleep. Feeling full rested in the morning, I headed to their pool to swim laps before breakfast. Their pool is heated so even on the coldest of mornings you are guaranteed to have a perfect swim.

Even though FS Vancouver is located on some of the busiest streets of downtown Vancouver, I felt like I had escaped the city for the day.

After swimming up an appetite, I headed over to Yew for some smoothies and avocado toast. Their smoked salmon and avocado toast was just what I needed before we heading off to Whistler to chase waterfalls for the day.

Have you stayed at the Four Seasons Vancouver before? What’s your favorite thing to do during a staycation? Let me know in the comments below.

Meet the Smallsens is a place for millennial parents looking for new favorite recipes, parenting life hacks, and seasonal inspiration. It’s for the foodies, who love to entertain company over meals. I’m here to share my west coast life and recipe ideas you will probably recognize, but with a twist of my own to make them different and special in hopes to make your loved ones smile. Head over to my grazing page to see details on grazing boxes and boards; perfect for your next event.

Hope you follow along with my Pacific Northwest, Flexitarian Life.